As is the case in most history, the indentured, the women, and the minorities seemed to be all but forgotten. In many of these cases, I aim to bring their stories back to life, and today’s story is no different.

Just a few days ago, I received a package from my dear mama, containing some lovely trinkets and a book that she knew would suit my fancy.

Within the pages of this book are stories, taken straight from the papers of Philadelphia with the stories of women, children, servants, and the enslaved. In many cases, as the forward of this book states, this was the only way for one, or both of the parties to bring attention to their cases. 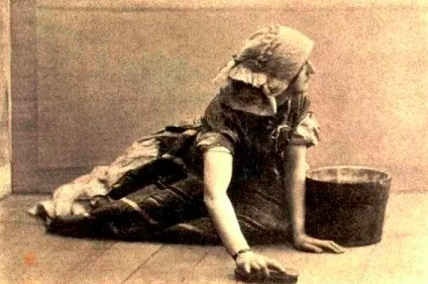 In March of 1730, an Irish servant woman, by the name of Antis Downing (or also known as Agnes MacDaniel), ran away from the man who indentured here, John Clark of Bucks County, Pennsylvania.

As the papers state, she was around twenty-two year old when she escaped servitude with one George Welsby, who was also indentured to John Clark — as they became married to each other.

As stated in the Philadelphia Gazette on the 13th of March, 1730, a notice was put out that George had been missing for five days (since the 8th of March) and that there was a one-pound ($1 USD) reward on his head, which in terms of today, would be about $300 USD.

The little I could find for both of these individuals came from the Pennsylvania Gazette, which described Agnes as an Irish Servant Woman of 22 years who speaks clear English and is of middle stature and swarthy complexion with black hair and black eyes and George Welsby as a short fellow with roguish looks grey eyes and thin brown hair.

Did these two ever have a family? Were they forced to go back to their ‘master’? If you know them, be sure to share their story.